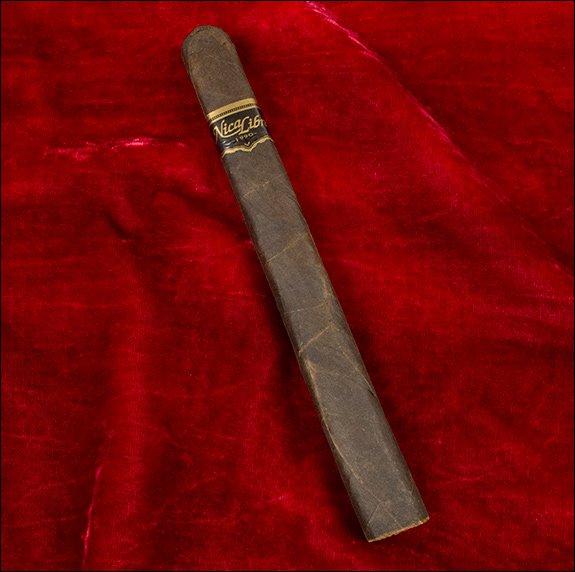 Looks like the original except for the updated band.

Way back in 2010, I compared the recently released AJ Fernandez Nica Libre 1990 to the established, and much loved, Padron 1964 Maduro. The purpose was to see if a $2.00 cigar could compete with a stick four times its price. A side by side comparison proved to this smoker that indeed, the Nica Libre was, although slightly different in flavor, every bit as good as the Padron.

Cut to the present day, and Nica Libre is still here and at the same price point as six years ago. But six years is a long time in the life of a cigar brand. Every new production run must rely on available tobacco, and challenges the blender’s expertise to maintain a consistent product year to year. It’s not enough to simply make a good cigar. Once established, a cigar line must retain its flavor profile with each new vintage. This is one of the biggest challenges of cigar manufacturing.

Over the last few years, I’ve smoked and reviewed many new cigars. As an Empirical Cigar Smoker, I’m always looking to try new blends, and this has pushed some of my older favorites to the back of my humidor. But recently, while at a friend’s home, I was delighted to see a new box of Nica Libre Churchills front and center in his cigar collection. This was the perfect opportunity to see how well the latest vintage of this fine cigar stacked up against the original.

Besides a newly designed band, the Nica Libre looks the same as I remembered. Its dark brown Mexican wrapper is flawless with the slightly toothy feel of leather. The square pressed shape remains, and the stick is light in weight. Examining the foot showed nice random bunching, and I had a good feeling that my new, old friend would be true.

As anticipated, the Nica Libre lit easily, and had an easy draw. This allows tons of smoke to fill the palate with little effort. Immediately, notes of dark chocolate coat the tongue, and a sweet nuttiness compliments a nice array of flavors. As the cigar progressed, the burn required some touchups, but that’s to be expected in a square pressed stick. I remember the original Nica Libre had similar characteristics, as did the Padron. Additionally, the dark, almost black ash was reminiscent of the original blend. This served as confirmation that AJ had done an excellent job of maintaining much of the original blend’s fine qualities. 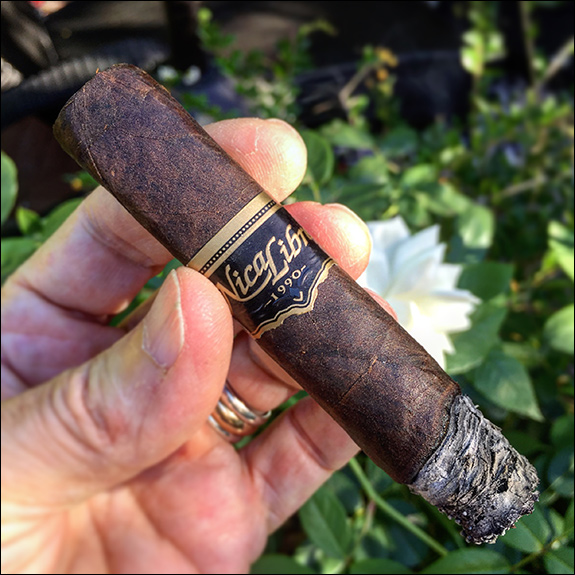 Burn patterns were similar to the original Nica Libre and Padron.

Mid way, the flavors remained strong, with the chocolate giving way to a more coffee like character. To the nub, the Nica Libre held my interest, and never got boring. This is a mild stick, and at no point did I feel the need to take a breather. Upon completion, I was left with a toasty, woody finish that was quite pleasant.

With impressive flavor and construction, AJ Fernandez has maintained all of the great character of the original Nica Libre. And with all the new cigars he puts out each year, it’s great to see AJ hasn’t neglected a blend that helped establish him as one of the most respected cigar makers of our day.

In a blind taste test, I am convinced this cigar would rate as well or better than most, regardless of cost. This is a fine cigar, and would be appreciated by newbie and experienced smokers alike. If you haven’t tried the Nica Libre, I suggest logging on to cigarbid.com and placing a bid. The Nica Libre is an exclusive brand of the cigar.com folks and is always available at a great price. The Nica Libre was, and still remains one of the greatest cigar bargains around. You will not be disappointed.

2 Responses to “The King of Cigar Bargains Still Reigns: the Nica Libre 1990!”