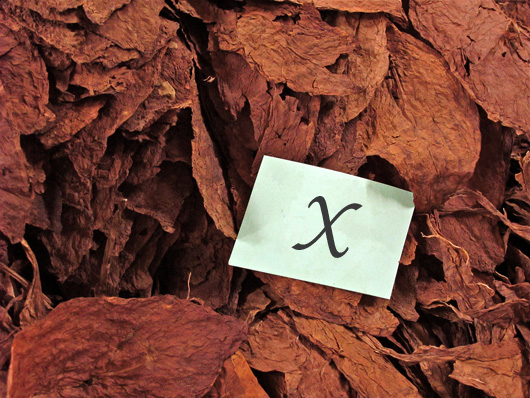 Some cigars have it, some don’t.

Spice, complexity, balance, strength; these are just some of the terms used to describe the flavor of cigars.  There are an infinite number of variations to these features and all cigars, even the bad ones, have these in common.  We cigar smokers have individual preferences when it comes to choosing cigars, and how we perceive these elements will determine the cigars we enjoy.  Some of us like strong cigars while others prefer a mild smoking experience; some like it spicy, others more sweet.  But whichever way our tastes run, we smoke the cigars that we consider to be good.  What constitutes a good cigar is up to the individual and is the result of a magical marriage of these flavor components.  But if all cigars have these elements, why are some cigars better than others?

Leaving aside the obvious reasons for hating a particular cigar (harshness, bitterness, poor draw, etc.), we have all come across cigars that in spite of having some good qualities are simply not that enjoyable.  These are the sticks that don’t retain our interest and get boring after an inch or two.  It’s hard to figure out why these cigars don’t cut it, but we sure know it when we simply prefer to leave it unfinished in the ashtray.  At that point we light up a different cigar, one we know and love, and all at once we are continuing our love affair with cigars.  But how can a cigar have good qualities and still be boring?  What is missing from that boring stick?  That, my fellow smokers, is the X factor; the intangible quality that can make one cigar better than another.

Perhaps the X factor can be described as “body”.  A texture that can glue all of a cigar’s elements together.  Yet some cigars can have abundant smoke and still not have that “thing”.  Adding more volado[i] to a cigar’s blend will certainly add more combustion, but that could take away flavor.  No, it’s not about the quantity of smoke.

And it’s not about strength.  Some cigars are strong but still boring.  Adding loads of ligero[ii] will certainly increase strength and will often add flavor.   But the X factor is not simply about adding more of this, or less of that.

Fermentation is key to making a great cigar and some cigar manufacturers are better at it than others.  Of all the elements, fermentation may be the one factor closest to the X factor.  Having well fermented leaves is key for constructing a good cigar, but without the right blend, a cigar won’t have balance regardless of it’s fermentation.  Without balance, even a well-fermented cigar will get boring.  Is balance the answer?  Here again, a cigar with a balanced blend can be missing something.

So where does that leave us?  So far we’ve talked about tangible things i.e. combustion, strength, and fermentation, but there is something else that must be taken into account…and that is soul.    No, I’m not talking about cigars having souls, but rather cigars being soulful.  And this doesn’t come from the tobacco used or the amount of fermentation.  It comes from the person responsible for the creation of the cigar, the cigar blender.  The best cigars are those made by people with a passion for cigars and from a lineage of cigar makers.  Behind every great cigar is a great cigar blender to whom cigar making is instinctual.  They are beyond simply making cigars and are rather creating works of smokeable art.  Each cigar they make is an extension of their being and contains a level of soulfulness derived straight from their hearts.   If someone less passionate were to make a cigar using the same tobacco and techniques, the result would be uninspired.  It is similar to cooking.  Two people can follow the same recipe but the one with a love for food will always make a tastier dish.  It is this intangible factor that drives all greatness.  Passion elevates ones accomplishments whether it be cigars, food, music, or architecture.  Perhaps cigar reviewers should make soulfulness a part of their grading systems.  It would be great to read that along with appearance, construction, flavor, and value, there was a column for soulfulness.  Sometimes reviewers get carried away with cerebral adjectives in an effort to describe the quality of a cigar.  That makes for good reading, but ultimately when talking cigar, whether it has the X factor or not may be all we really need to know.

[i] Volado is the lower priming tobacco leaves used for combustion in a cigar blend.

[ii] Ligero is the uppermost primings from the tobacco plant.  These leaves are the strongest and have tones of flavor.

One Response to “The X Factor (Part 1): The Soul of a Good Cigar”