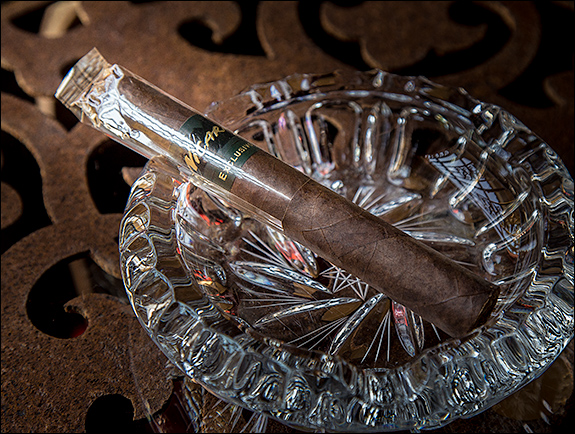 On or off, it’s a matter of taste.

Well, maybe it’s not the last, last word, but for the benefit of newbie cigar smokers, it’s a subject worth revisiting.

When I first started smoking cigars in 2005, I was very confused. The amount of information regarding cigars seemed overwhelming. To add to my confusion, opinions seemed to run in polar opposites. This was the main reason I started Robustojoe.com. I wanted to see for myself, through empirical analysis, the “truth” behind all the hype and opinion. One of my first dilemmas was whether or not I should age my cigars in their cellophane sleeves. One thing was clear: cigars age faster with the cello removed. All the experts seemed to agree on this. At that time, I was led to believe that aging cigars was a good idea. I now know that isn’t always the case. But back then I was convinced my cigars would improve over time.

As a newbie, I read that aged cigars were better than new ones. This made sense, and the highest rated cigars in Cigar Aficionado were always aged Cubans. Because of this, I went so far as to remove the cellophane from all my cigars. This was a bother. Removing the cello, then reassembling the cigars in the box was difficult. I had to be careful not to damage the fragile cigar wrappers. But this seemed like the best way to age my cigars quickly. Unfortunately, I found that over time, most of my cigars lost flavor. Some of the stronger brands, like Tatuaje, did mellow out in a good way. But after a few years, most of the “old school” cigars simply got flat with aging.

Then one day while visiting a local B&M, the owner offered to sell me some cigars he had on consignment. They had come from someone’s collection. I purchased a few old Fuente Opus Xs, and some Padron Anniverseries. The Opus X cigars were in cello, while the Padrons were “naked”. Upon smoking I was struck by how good the Fuentes tasted while the Padrons were almost tasteless. This led me to think that the cello kept the flavor intact. Over the years I discovered that Padron cigars (particularly the maduros), should be smoked immediately, and simply don’t age well, and that the stronger Opus X are better suited for long term storage. But I believe that had the Padrons been in cello, they would have tasted better. That was about five years ago, and since then I stopped removing the cello from all my new cigars. I’m now very glad I did.

I went on my first cigar trip to Nicaragua in 2010 . It was an amazing experience on many levels. But what impressed me the most was the wonderfully intense aroma in the cigar factories. It was like a cake lover visiting a bakery. That fermented tobacco smell hits you, and you are in cigar heaven. And there is nothing like smoking a cigar right off the roller’s bench. A cigar that fresh has flavor so unique, it’s unequalled in anything store-bought. While in Nicaragua, I accumulated a nice bundle of samples from each factory I visited. Once home, I found that the cellophane had captured and retained that wonderful factory aroma. I was able to relive the factory visit with each cigar I smoked from the trip. Now I smoke all my cigars right out of the cello, and the great un-lit tobacco aroma brings me back to those cigar pilgrimages. The cigars I’ve stored sans cello have far less tobacco aroma. I miss that.

Another big advantage of cello is protection. Cigars are fragile. But above all, it seems to protect against tobacco beetle infestation. I don’t know if it is the cello alone, but when the weather gets hot, many of my unprotected cigars are ravaged by bugs. To date, none of my cello’d cigars have had problems.

How fast can I smoke?

Avid cigar smokers tend to collect more cigars then we smoke. We may buy a box, smoke a few, and then move on to another cigar brand that seems promising. It’s fun to, over the years, revisit the boxes we’ve collected. These days, Non-Cuban cigars are well fermented and meant to be smoked right away. It is unnecessary to age them. Here again, the cello has an advantage. By slowing the aging process, the cigars stay fresh, and the flavors of the original blend remain intact. Years later they still taste as the blender intended.

Lastly, when a cigar comes right from the cello, it has complexity that fades quickly over time. In the case of an overwhelmingly strong cigar, it might be advantageous to let it air out without the cello. This happens within hours of removal, and it can be nice to remove the cello a few days before smoking. In some cases, I’ll take a couple of sticks, remove the cellos, and put them back in the box for later consumption. But I always leave the majority of the cigars in a box with the cello intact. It may be years before I get to the bottom of that box, and I don’t want any disappointments.

If you are a newbie, or simply undecided about what to do regarding the cellophane sleeves, I hope this has given you some ideas about how to proceed. Ultimately, it is an individual preference, and each of us will determine what works best for our tastes. But there is little doubt that the cello greatly affects the flavor of our cigars. For me, I want all the flavor the cigar blender intended, so I’m a “cello on” guy. What are you?

22 Responses to “The Last Word On Cigar Cellophane.”