Limitada, but just how limited?

We cigar enthusiasts are a fastidious bunch.  We research our purchases carefully, always looking for the best cigars at the best price.  We peruse endless reviews and ratings with anticipation, hoping to uncover the next great cigar.  But, as it turns out, no amount of web surfing, or magazine reading will ultimately lead us to the world’s best cigars.  These cigars never make it beyond the confines of the cigar-making community.   Recently, I became privy to this information, and it has caused me some serious cigar envy.  I’m not talking about the envy that takes hold when we can’t find that new, highly rated cigar.  This is deeper and more disturbing.  What I discovered was that the best cigars on the planet never make it into production.  In fact, we cigar smokers never even hear about them.

What we are missing.

A recent acquaintance of mine makes cigars in a city well known for cigar manufacturing.  During one of our many discussions, I asked him which cigars he enjoyed smoking the most.  He told me the best cigars (other than his own), are the ones given to him by his friends in the cigar business.  These sticks are rolled for personal use, and made from tobacco selected solely for its quality.  Unlike tobacco used in a production run of hundreds of thousands of cigars, these personal blend cigars are made from a small quantity of special tobacco.  There are no constraints based on available materials.  So, when a cigar maker comes across extraordinary tobacco that is too scarce for a production run, it doesn’t get wasted.  Instead, it gets rolled into a small number of cigars, and smoked by those who make them.  And often, the tobacco used is the crème de la crème.  The best leaves from the best tobacco. 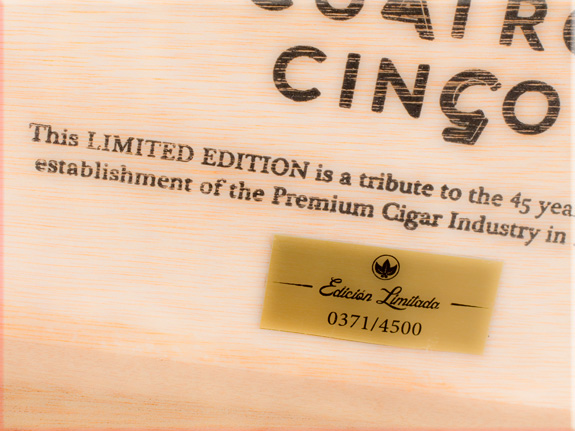 Joya de Nicaragua made only 4,500 boxes of the Cuatro Cinco.

On any given cigar website, the list of brands will often include “special blends”.  They are given names like Reserva Selecta, Small Batch, or Limitada.  But how limited ARE these cigars?  That’s a question I posed to my friend.  His response was not unexpected.  Sometimes these cigars are truly made from limited materials, chosen for exceptional flavor and quality.  While other times, the label is simply a marketing tool.  An experienced smoker will be able to tell if a cigar is special, but it’s impossible to know how limited it really is by simply smoking.  But is that knowledge really important?  If a cigar is outstanding, I guess it really doesn’t matter how many sticks get rolled.

A few years ago, I read about a well-known cigar maker who was marketing his “personal use” cigars to the general public.  This really appealed to me.  But upon smoking them, I found these cigars to be anything but special.  I was familiar with this blender’s cigars, and know him to make some terrific brands.  These “personal use” cigars were way below his standard of excellence.  There was no way he was smoking these sticks in his leisure hours.  And judging by how fast these sticks dropped in price, I don’t think the strategy worked.

In the Encore article The Magic Behind Maduro Cigars, the cigar industry is compared to prestidigitation.  Cigar manufacturers like a cloak of mystery around their products, and are reluctant to give inside information about their process of cigar making.  But truth be told, cigars are all made the same way, in a process that dates back hundreds of years.  In order to compete, cigar makers look for ways to stand out from the crowd.  One such vehicle is by claiming to use “special” tobaccos.  With adjectives like gorgeous, mouthwatering, and exquisite, tobaccos can take on mythic qualities.  To take things even further, cigar makers boast of finding rare tobacco that exceeds even their best stash.  Now, I am not a big magic fan, but I do love cigars.  I am totally willing to go along with the hype.  Why?  Because in the world of cigars, well-chosen adjectives can make an aficionados mouth water.  Much like the specials on the menu at our favorite restaurant, a description can add to the excitement of a particular dish.  It’s a game I’m not only willing to play, but also one that I relish.  I have also observed over the years, that when a cigar maker says a blend is limited, it invariably is special.  Some brands come to mind: Aging Room Small Batch, Padron 1926 Maduro, Fuente Opus X Robusto, Fumare Grande Classe, to name a few.  In each case, these cigars contain tobacco hand picked from the best stock, and rolled by the best torcedores. 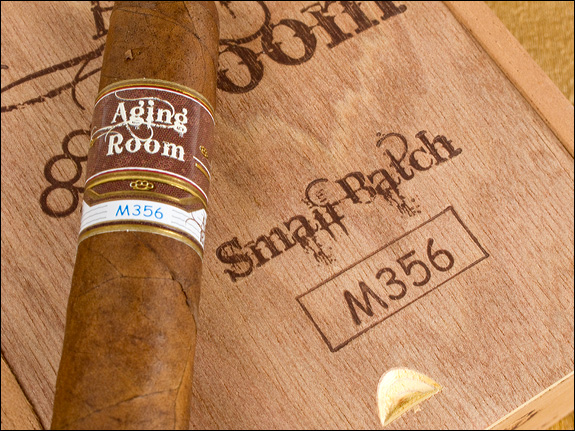 In the end, Limitado may not mean limited to the extent of the personal blends, but we know that these cigars are indeed exceptional.  So perhaps my cigar envy needs to be tempered a bit.  Although I may never get to smoke the cigars mentioned at the beginning of this article, I can rest assured that when a cigar is touted as especial, it most often truly is just that, special.  But if a cigar is marketed as someone’s personal blend, I am skeptical.  Perhaps somewhere, at sometime, someone will hand me a true “insider cigar”.  Until then, I’ll continue to smoke and enjoy the great cigars that the best cigar makers make available to us.  And today, there are lots of great cigars to choose from.  Now that I mention it, this goes a long way to healing my cigar envy.  I’m feeling better already.