Some of us already know that cigars have their perfect shape because they are placed into cigar molds before the wrapper leaf is applied. Although figurados, (cigars with tapered ends) were once formed only by hand, cigar manufactures are now using cigar molds for these odd shaped cigars as well. But the use of cigar molds doesn’t mean just any torcedor (cigar roller) can create these unusually shaped cigars. Figurados, which include perfectos, torpedos, pyramides, belicosos, and solomones, are hard to roll regardless of the mold and are made only by the most talented torcedores. 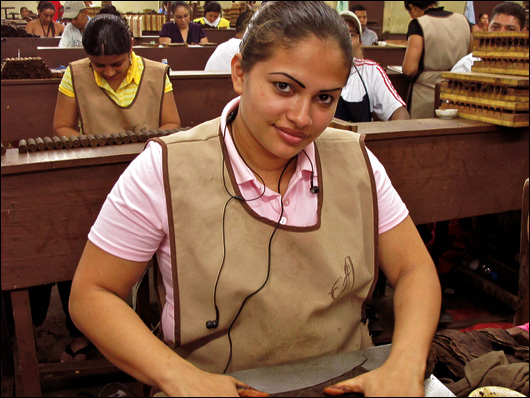 The best torcedores sit in the front row on the rolling floor. (Tabacalera Fernandez 2010) 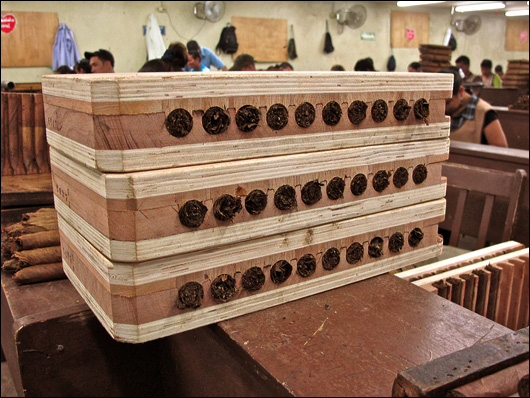