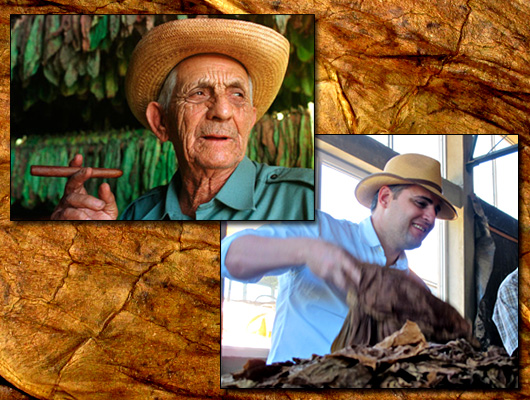 April 17, 2010 marked a sad milestone in the world of cigars.  On that day, Alejandro Robaina passed away, and we cigar smokers lost the soul and conscience of the Cuban cigar industry.

Sr. Robaina was not only the greatest grower of the best tobacco in Cuba (his family had been growing tobacco there since 1845), but a man not afraid to speak his mind.[i] Alejandro’s knowledge, experience, and convictions are legendary, and his legacy is not only his personal achievements, but also the knowledge he had imbued to the people around him.  Those lucky enough to have been in his sphere were exposed to a wealth of practical cigar-making knowledge, acquired over a lifetime of experience.  For this we all owe Sr. Robaina a debt of gratitude.

Presently there are two young men who practice Alejandro’s time-honored cigar growing/manufacturing techniques.  One is his grandson Hiroshi who has taken up his grandfather’s position in Pinar del Rio, Cuba, while the other has taken up residency in Esteli, Nicaragua.  His name is Abdel (AJ) Fernandez, and with every cigar he makes, he is quietly building a reputation as a master cigar maker.

Barely three decades young, with the demeanor of a shy child, AJ doesn’t fill the room with ego and bravado, but rather a quite intensity that seems to flow in the direction of his gaze.  But how can someone so young know so much about cigar making?  The answer seems to be that this fellow’s mind is consumed with one thing: pushing the art of cigar making to its limits.  This creative spirit was instilled in AJ at a very early age.  His father and grandfather were both cigar growers in Cuba, and with Alejandro Robaina as a neighbor and mentor, the environment was ripe for the emergence of great cigar making talent.

For AJ, the town of Esteli was the perfect place to begin his dream.  There his uncle, Nestor Plasencia Sr. had already built a tobacco growing empire and could assist his young nephew (age 24 at the time), in getting a foothold.  And AJ hit the ground running.  After just a year of working at the Plasencia factory, he felt the need to spread his wings. 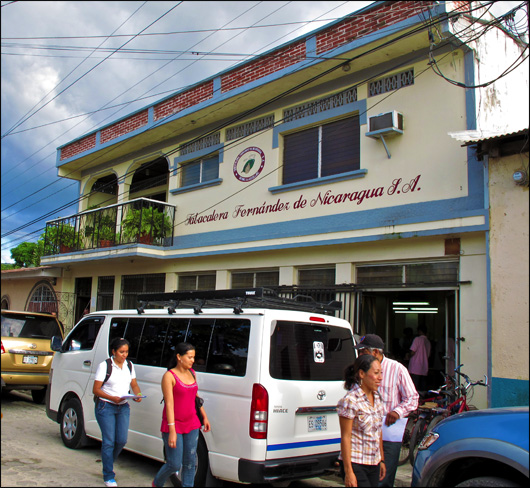 Starting with just two pairs of rollers, AJ began by filling overflow orders for other cigar manufacturers.  But his talents for blending would soon create opportunities to make his own cigars.  Some of his early creations are still in production: Rocky Patel Fusion, Sol Cubano Cuban Cabinet, ITC 10th Anniversary, and the Padilla Habano.  (A complete listing of AJ’s current blends can be found at the Cigar Blender Database).  He currently produces 8 – 10 million cigars a year with 180 rollers working in his Esteli factory.  By limiting each roller to under 200 cigars a day, AJ is able to maintain a high level of construction quality.  He grows tobacco in Nicaragua and Ecuador and will employ as many as 1000 workers during the harvest.  His cigar output has now expanded to the point that most non-Cuban cigar smokers have probably experienced the Fernandez flavor.  A flavor all his own. 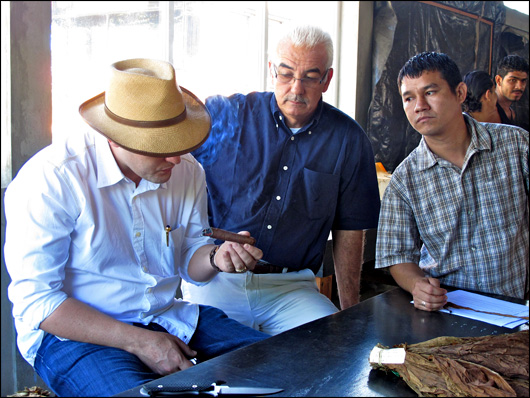 We cigar lovers refer to the taste of cigars as a flavor profile.  That’s because the taste of cigars is complex and can’t be simply identified.  This flavor is determined by a number of factors: the type of tobacco used, where it is grown, the fermentation process employed, and the final blend of a particular cigar.   All premium cigars share these elements yet some cigars are simply better than others.  Among the best of these, certain cigars stand out as exceptional.  But why is that?  If all cigar makers carefully grow, ferment, and blend their products, why aren’t ALL cigars great?  The answer is not a simple one but ultimately comes down to talent and experience.  Like a great chef, a cigar maker will make his mark by having his own style, or flavor.  In smoking a Fernandez blend it becomes clear that there is a unique quality that sets his cigars apart from others.  And this is not by chance.  By employing techniques learned from Sr. Robaina, AJ is practicing a cigar making methodology, hundreds of years in the making.  These techniques are generally kept secret, and cigar makers guard them very carefully, but the result of knowledge passed down to AJ is evidenced in every Fernandez cigar.  With high complexity, a creamy texture, and smoky richness, his offerings reflect a personal style of cigar making, with direct lineage to Sr. Robaina.  AJ’s unique fermenting techniques have yielded new types of wrappers (See The Lancaster Wrapper Story) and his new blends show an evolution in style that is more refined with each offering.  We cigar smokers have a great resource in AJ Fernandez.  He currently makes over 32 blends, and is only now just beginning to hit his groove.  In his own quite way, Sr. Fernandez has begun to build his own legacy that, over time, will produce many great cigars.  Sr. Robaina would, indeed, be very proud.