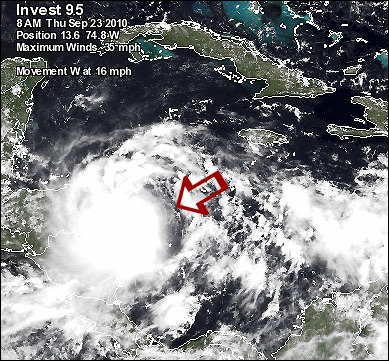 This past September, Nicaragua has been drenched by rain.  In fact it’s been the wettest season in fifteen years.  After two straight weeks of nonstop precipitation, the clouds have finally relented and the cigar industry can now get back into gear.  But the recent rain is only part of the problem.  This year, the rainy season started early, with many farmers still having had crops in the field.   Farmers were either forced to pick early, which hurt the yield of ligero, or they rolled the dice and lost the crop all together.  (The trademark flavor of Nicaraguan cigars is largely based on the inclusion of this ligero leaf.)

But the rain is also affecting next years crop.  Planting for the next season usually starts in seedbeds between November and January.  With the effect the rain has had on the soil, people are talking about not starting to plant until February.  If the rain comes early again next year, it could have a serious impact on Nicaraguan tobacco and the factories that depend on it.  Either way, it looks like Nicaraguan tobacco will be in shorter supply next year.

As far as quality, it is too early to tell what effect the rain will have.  But farmers are less concerned about the quality as much as the quantity.  This has many nervous and all are watching the weather closely, especially the brokers.  If there are signs of shortages, prices will increase for filler, binder, and wrapper.  The neighboring country of Honduras, also with a large tobacco industry, has not been affected by the high precipitation.

Along with the rain has come extremely high humidity.  This too has created problems for the Nicaraguan cigar industry.  Factories have not been able to roll cigars at full capacity, and some have been forced to stop production for consecutive days.

If the signs are clearly pointing to a shortage next year, tobacco and cigar prices could start changing now.  The larger, well-financed factories should safely weather the storm.  They routinely keep three years of inventory on hand as a buffer against this type of contingency.  However, the small factories that buy tobacco “as needed”, may not have enough inventory available for cigar production.  They will acutely feel the brunt of the price increase.  This could, in turn, lead to cost-cutting to remain profitable, resulting in a compromised product.

The bottom line is that these are challenging times for the Nicaraguan cigar business.  But time and time again, tobacco farmers have been tested by the elements and have successfully met the challenge.  Hopefully Mother Nature will lend a helping hand in seeing this challenge to a successful conclusion.