Cigar smoking is a great equalizer.  Rich or poor, the pleasures of smoking a good cigar are shared equally among us all, and almost anyone can afford to have a supply on hand for future enjoyment.  But along with this enjoyment comes something else we cigar smokers share… the anxiety and frustration of keeping our investment in peak smoking and storing condition.  To many of us, the full enjoyment of a cigar can only be achieved if it is at this peak of condition, and all too often, a good cigar is compromised by imperfect humidification.  But obtaining perfect equilibrium is no easy task.  A cigar that is over-humidified can taste bitter and will refuse to stay lit, while one under-humidified will lose it’s richness and taste thin and papery.  And it doesn’t take much fluctuation in humidity to throw off the taste of an otherwise delicious cigar.

After much experimentation and angst, I have finally achieved a system for excellent cigar conditioning.  I offer it now to those who are having inconsistent cigar smoking performance and may be in need of some sympathy and advice.

There are two full time pursuits for a cigar collector or serious smoker.   The first is the acquisition of great cigars; the second is their proper storage and conditioning. Cigars can dry out very quickly, and a neglectful cigar collector can lose his/her bounty sooner than one would care to believe.  Procrastination is not an option if we want to smoke our cigars at their peak of conditioning.  We must always have one eye on the hygrometer to maintain adequate humidity, and add water when needed.

A Cigar humidor is a thing of beauty.  Often handcrafted and usually ornate, they look quite regal sitting on top of a desk or beverage bar.  But looks are deceiving as humidor construction determines the actual cigar-storing value, not appearance.  Yet even the best constructed cigar humidor is woefully inadequate for long-term cigar storage.  Poor air circulation within the box and a single localized humidifying device causes uneven humidification of its contents. Cigars near the humidifier get too damp, while others near the sides of the box become dangerously dry. [i] I have observed that cigars left unattended at the bottom of a humidor got dry over time and in some cases were ruined by losing their precious oils.  This condition was particularly acute with cigars left in the lower corners of the box.  It would seem that the distance from the humidifier, coupled with the lack of proximity to other cigars caused the stragglers to die a thirsty death.  And it’s very easy to neglect the sticks at the bottom of a desktop humidor.  Shuffling cigars is difficult and the risk of damage to the cigars is great.  Shade-grown wrappers are fragile and should otherwise be left untouched until smoked.

One route to good cigar storage is a walk-in humidor.  If properly constructed, maintained, and with good air circulation, such a room will evenly humidify an entire cigar collection; boxes and loose sticks alike will all enjoy perfect cigar conditioning.  But the sacrifice of both cost and space can make such a solution challenging.  Herein lies the focus of this article…long-term cigar storage on the cheap.

Thinking inside the box

To start, we need to get rid of any humidifying devises from inside our desktop humidors.  They are at the root of the problem.  Additionally the conditions outside the humidor will eventually penetrate a wooden box, no matter how well it is made.  So rather than fight Mother Nature, we need to take the limitations of a desktop humidor and use it to our advantage.  By placing a humidor in a humid environment, the contents get conditioned from the outside in.  Here’s how:

Although unglamorous, an airtight plastic tub is the perfect vessel for cigar storage.  It’s the basic “Tupperdor”[ii] concept taken a step further.  By placing a cigar humidor into such a container, the need for humidification is all but eliminated.  Since no moisture can escape, none needs to be replaced.  If the cigars and humidor are well seasoned, the airtight tub will keep it so.  The addition of a single bag of humidity beads placed in the tub (not the humidor), can act as a regulator for any adjustments needed over time.[iii] And it’s nice to keep a hygrometer inside the humidor as well as in the tub.  Although the conditions will stay rock-steady and rarely need adjusting, it’s important to make sure the RH doesn’t go higher than the low 70s.  Unlike a desk top humidor, an unattended closed system can be more susceptible to the formation of mold.  (Note: If you already have a tub but it’s got air-holes, simply put plastic tape over any leaking areas and your existing tub should work well.) 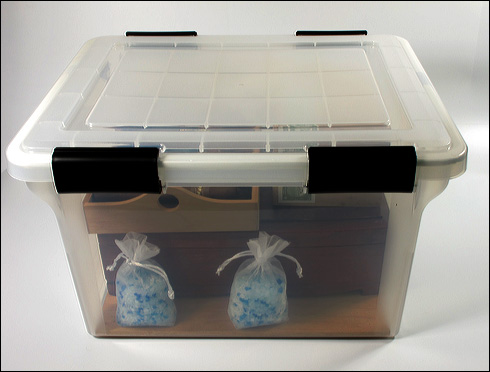 Humidification from the outside in

As an option, cedar planks can be used to create a “floor” within the tub.  This adds a nice aroma to the inside and serves to act as a buffer where between the plastic tub and the bottom of the stored boxes.  This could also help in the circulation of moisture.  (The planks should be seasoned before use.  Otherwise they will absorb moisture within the tub.) 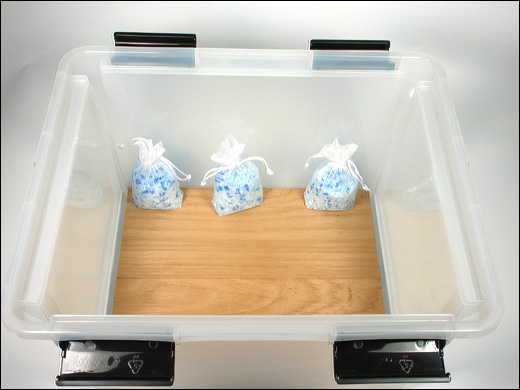 This approach may seem extreme to some, but for those of us to whom smoking a perfectly conditioned cigar is paramount, these measures are a Godsend.   Since putting my humidors and cigar boxes in tubs, all my cigars have smoked better than ever. It has also allowed me to keep cigars stored at various levels of RH; as determined by how well they smoke.  At just a small investment in both time and money, I suggest that everyone try this storage method.  At best you’d have discovered perfect storage for your cigars, at worst you’ve got a good place to store your winter sweaters. 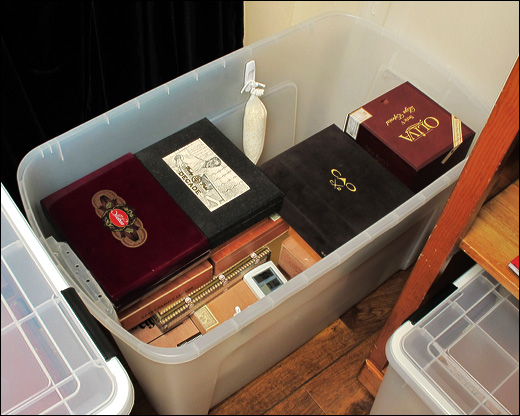 [i] I discovered through experimentation that the relative humidity (RH) near a passive desktop humidifier can read 10% higher than that in a location just a few inches away.  One hygrometer placed next to a Paradigm PSH3 read 94% while another read 64% just six inches away.

[ii] A Tupperdor is a Tupperware container used for cigar storage. 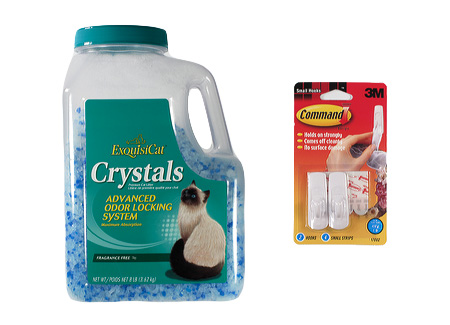 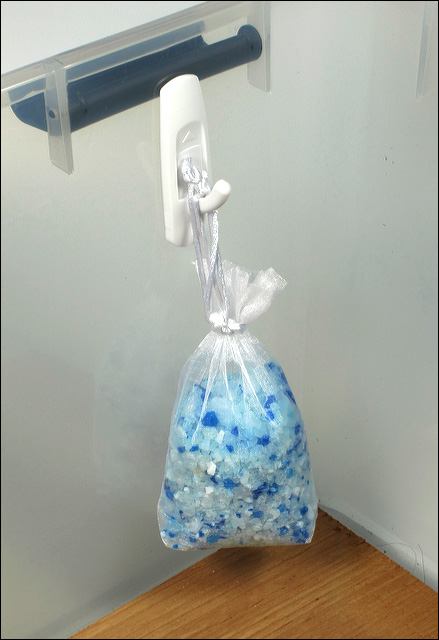 6 Responses to “Perfect Cigar Conditioning…Can it be achieved?”