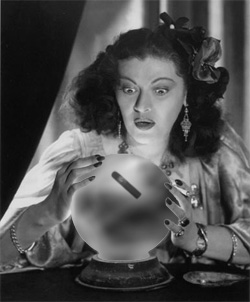 At the turn of the millennium, cigars were all the rage.  Now referred to as “the cigar boom”, this sales bubble has since burst.  In a rush to meet demand, cigar quality plummeted, and the rest is history.  Today, the proliferation of boutique cigars, higher quality standards of familiar brands, and the growth of Internet cigar vendors have all contributed to a renewed interest in cigar smoking.  Referred to as the new “mini-boom”, this renewed interest is fueled by increased availability of cigar information and new cigars of unprecedented quality.  But has the cigar business learned from its prior mistakes, or is it doomed to repeat the failures of the past?

In the mid 1990s, the “Information Superhighway” was well under way.  Computers were becoming as common as TVs and the Internet was evolving at break-neck speed.  Dial-up modems were being replaced by Broadband and Internet security was finally trustworthy.  With an increased access to a global customer base, catalog-based retailers were quick to adopt this new technology.  Within a few years these new “dot-com” cigar venders were seeing big rewards for their efforts.  Today, the Internet offers an astounding collection of brands and vitolas that, in the past, cigar smokers could only dream about.  Coupled with the offer of free shipping and no out-of-state sales tax, we can see how online cigar vendors were able to build a large client base worth hundreds of millions of dollars in annual revenue.  Some have estimated that online cigar vendors now account for 60% of all US cigar sales.

Most Internet vendors, regardless of the product, can offer lower prices than a B&M (Brick and Mortar store) for the same goods.  Their huge customer base allows the online vendor to sell at smaller profit margins and to recoup the difference by high sales volume.  But in the cigar business there is an addition advantage to selling on the Web.

At a B&M, the cigars are purchased from a cigar company, (a cigar brand i.e. Rocky Patel), who has purchased its cigars from a manufacturer. At each transaction step, the price gets doubled in a common business model called “keystone”.  It is then resold to the consumer, doubling the price yet again.  That final price is the MSRP.  Sometimes a distributor is involved, inflating the MSRP even further.

But Internet vendors have something else going on.  Because of their high volume of sales and large inventories, they have been able to develop profitable relationships with the best cigar manufacturers and blenders.  With large revenue streams, Internet cigar vendors can create their own lines of cigars by utilizing the expertise of established manufacturers.  These “house brands” offer the consumer many advantages.  First of all, these cigars are as good as any premium product manufactured under the original brand name, and in some cases, the house brands exceed the quality of their “sister” cigars.  Secondly, they can be sold at half the price.

The Myths and the Math

Cigar pricing is sometimes hard to fathom.  It’s difficult to understand why some marginal cigars are expensive while other high quality cigars are cheap.  Are some cigar brands inflating their prices to imply that their products are superior?  It would seem so.  And they may be successful because we consumers believe that price DOES reflect quality.  This belief is reinforced because the expression “You get what you pay for” is often true.  But it’s different for the cigar business.  The quality of a given cigar is the result not only of the quality of the raw materials, but of also the expertise applied in the curing and blending process.  Ultimately the sales chain impacts the final price of a cigar more than anything.

When an Internet vendor sells its “house brand” cigars, it has bypassed two links in the sales chain; the cigar company (the brand), and the B&M.  In doing so the final retail price for the car is half that of the B&M model. 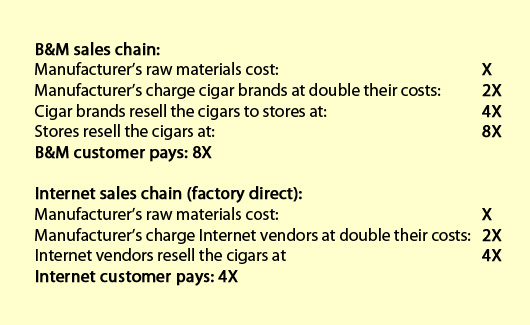 So if the Internet vendor chooses to sell its cigars with the Keystone markup, two very similar cigars of equal quality, made by the same manufacturer, will sell for an Internet price that is half of what the store can offer.  From this perspective our concerns over the quality of lower priced Internet house brands seem unfounded.  Smoking some of these cigars will instantly bare this out.  Some examples of superior house brand cigars are the Medici cigars from BestCigarPrices.com and Alec Bradley, Alabao from Famous-smoke.com and Perdomo, and Diesel from Cigar.com and Tabacalera Fernandez.  All outstanding cigars sold at a modest price. 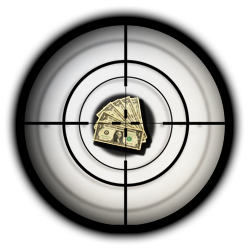 The $6 Cigar and SCHIP

When Barack Obama signed the State Children’s Health Insurance Program in 2009, we cigar smokers didn’t know what to expect.  Did the tax of 40¢ per cigar (at wholesale) mean that we would suddenly be paying double the cost of a cigar at retail?  So far, the impact of the SCHIP tax has been somewhat easy to swallow…why is that?

The SCHIP tax is levied only on cigars manufactured after it’s signing.  The large cigar inventory already on the shelves was exempt, and has allowed cigar buyers to cruise up to this point.  But for the current, post SCHIP cigars, a tax of 40¢ per cigar, could impact cigars sales in a big way.

It may seem, on the purchase of a $10 cigar, that 40¢ is a small percentage of the total price.  But at the wholesale level, the percentage is much greater.  It has come to my attention that the most popular cigars are ones that sell at retail in the $6/cigar range.  In an effort to capitalize on the popularity of this price-point, cigar companies want to have product at or near this target market.  Moving backward using the retail chain information above, a $6 cigar would cost about 75¢ in raw materials.  The 40¢ SCHIP tax now increases the wholesale cigar price to $1.28, a 53% increase.  That would burden the cigar company with a tremendous additional monetary outlay on new cigar orders.

At this point the cigar company has to make a decision.  In order to keep the manufacturing costs at the pre-SCHIP level, one of two things has to happen.  Either the retail price of the cigar goes up, or the company orders cigars made from lesser quality tobacco.  Could this encourage a step backwards in cigar quality not seen since the boom of the last century?  Would a drop in quality only affect the cigars at the most popular price point?  Will cigar companies and vendors increase the prices of their products beyond the additional 40¢ to recoup their increased wholesale costs?  These questions will only be answered as the newest cigars start to fill the stores of retailers.

Whichever way the new trends go, the presence of the Internet cigar vendor becomes more impactful.  By increasing production of house brands, the dot-com vendors, by virtue of their direct sales relationships, can produce quality cigars, for less money, in spite of the SCHIP tax.

Thinking outside the cigar box

From where I sit, the future of the cigar business looks good.  The new crop of young blenders/manufactures/brands will continue developing new cigar blends and shapes, ever pushing the boundaries of tradition; the advent of the Internet house blends will continue to provide outstanding value and quality in spite of the new taxes; and the more educated cigar smoker will continue to demand an ever increasing quality of their cigar smoking experience.  If cigar companies and vendors try to push inferior cigars as a way of offsetting new taxes, they will be taking a gamble with very poor odds.  We cigar smokers are too well educated, the media too savvy, and the options for good mid-level priced cigars are ever increasing.  As long as we are willing to think a bit out of our box, and to be open-minded about trying new things, we will be rewarded with all the riches that future cigars will offer.

5 Responses to “The Future of the Cigar Business…Boom or Bust?”