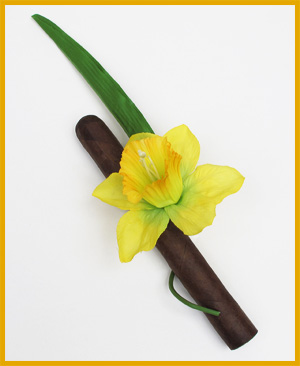 Fifteen years is a long time. If we look back to 1996, we would see a world where cell phones were simply telephones, and the “War On Terror” was still a naive five years in the future.  Looking through the Summer 1996 issue of Cigar Aficionado, one can see that in the world of cigars, things were also very different.  In their review of 83 maduro cigars, the highest score awarded by the judges was a pitiful 88.  This serves to illustrate how bad cigars were back then, especially when compared to the number of current cigars that now consistently score in the mid 90s.  Some of us were not smoking cigars in 1996 but have heard of the Cigar Boom and its subsequent demise.  This poor showing in Cigar Aficionado reflects the state of past cigar quality and a bleak period in the history of the cigar industry.  But what doesn’t kill us makes us stronger, and the cigar industry is now better than ever.

When the Cigar Boom bubble burst, it forced a new paradigm for the cigar industry.  No longer driven by huge profits at the expense of quality, the focus now became giving the remaining, more knowledgeable cigar smokers a higher quality product.  Additionally, with the advent of the Internet (we called it The Web back then), a new, inexpensive vehicle for brand marketing was emerging.  This set the stage for a new group of cigar makers with a vision that would transform the landscape of the cigar industry.

From toilet bowls, to fishing tackle, the Internet has become an invaluable source for, literally, anything we could ever need.  It gives us access to all available brands, at all possible prices.  And the cost of selling products on the Internet is a small fraction of a comparable B&M (brick and mortar) enterprise.  This has given young, ambitious cigars makers the ability to pursue their dreams of producing their own cigar brands.  As it happens, many of these young entrepreneurs have unique and artistic visions of how the ultimate cigar should taste, and are willing to work tirelessly to realize their dreams.  As a result, new cigars of exceptional quality are being born almost daily, and the Internet has given us access to them all. 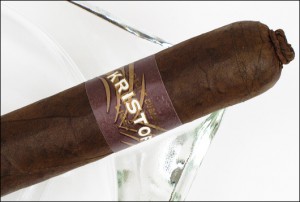 These limited production, independently owned cigar companies make what is often referred to as “boutique” cigars.  Usually upscale, these cigars appeal to aficionados who research their cigar purchases and are looking for new cigar smoking experiences.  And that is exactly what boutique cigars offer.  These are cigars made in the image of a singular person, with a singular point of view.  Like a “one off” dress, or a single malt scotch, each boutique cigar offers a flavor profile that sets it apart from all others.  So much so that all good boutique cigars have a character that is reflected in all the cigars within its brand.  Unlike a large cigar company with myriad brands under its umbrella, the boutique cigar will have just a handful of vitolas, all under a single brand name.  It’s analogous to General Motors and it’s brands verses Lamborghini or Ferrari.  In the latter there is a mandate as to how the cars will look and perform, all guided by the desire to make the best quality product without compromise.

The desire to create a great cigar, with a specific flavor profile was the inspiration behind 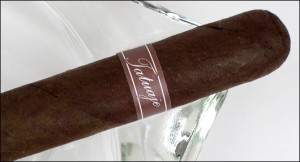 the Tatuaje brand, and is a good case study in boutique cigars.  It’s creator, Pete Johnson set out to make cigars that would capture the flavor of his favorite Cuban brands.  His collaboration with master blender Jose Don Pepin Garcia would produce a cigar of such great character and strength, that it would change the direction of cigar manufacturing across all brand lines.  With unprecedented critical and popular acclaim Tatuaje cigars became an overnight sensation.  It’s spicy character and bold strength caused a stir in the cigar making community, and other manufacturers rushed to make their own cigars stronger, with a spicy character in emulation of the Tatuaje brand.  Even today, years after its introduction, Tatuaje’s influence can be felt with the ever-increasing strength of new cigar brands.  Although Tatuaje has now grown beyond its original boutique roots, Johnson has maintained that same level of quality, even with an expanded product output.

Today, great cigars abound, and those of us who started smoking cigars after the Boom are fortunate to have not been subjected to so many terrible cigars.  We are reaping the results of lessons learned, and the creative energy that comes with rebuilding.  We are all products of our time, and in this post Cigar Boom era, the time is ripe for new creative cigar makers to flourish.  Whether it be circumstance or divine intervention, the last half-decade has produced many new boutique cigar brands that are pushing the boundaries of flavor, construction, and strength.  And this trend is showing no signs of abatement.

At this point in time, cigar making is going through a renaissance, and the boutique cigar business is the engine of its evolution.  Keeping tabs on new brands and following the cigar blenders who create them can lead us to new, exciting cigar smoking experiences and the discovery of new flavor profiles.  By being curious and spending just a few minutes online we can find information that will lead us to not only the best cigars currently available, but also the great cigars of the future.

Thanks for reading and happy smokes,

Some boutique cigars of note:

6 Responses to “Boutique Cigars…Is There A Difference?”