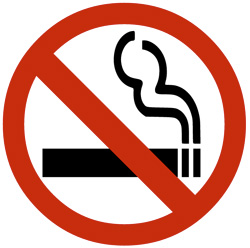 I can’t believe it has come to this.  In San Rafael, a California city near San Francisco, residents are not allowed to smoke in their own homes.  The San Rafael City Council approved the ban unanimously.  According to Jane Warner, the association’s president and CEO  “This legislation will improve the health of all Californians by reducing exposure to smoke that drifts into housing units from balconies, patios, and other units”.  Being a resident of California, I had no idea the air pollution in LA was from folks smoking in their houses in San Rafael!  Gimme a break!